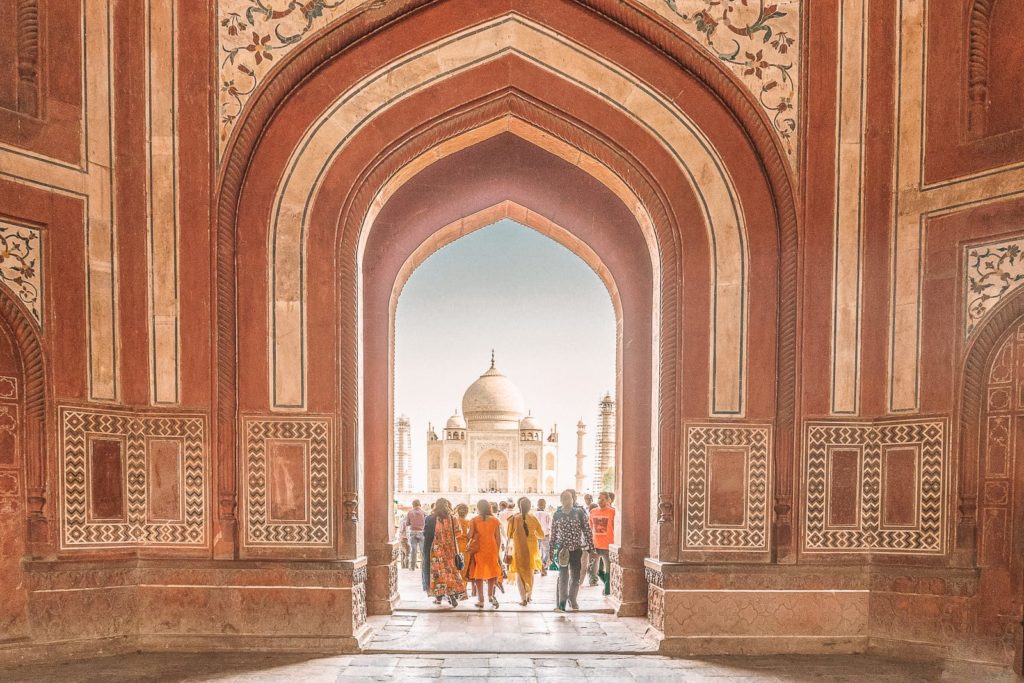 There are a lot of misconceptions about India: that it’s a poor country, that it’s dirty, that the people are not well-educated. However, did you know that India is actually home to some of the richest people in the world? Moreover, while there is a large number of poor people in India, the people there also put great value in frugality and investing in good education.

In short, India is something way more than its stereotypes. People won’t be booking tour packages in India year after year if they don’t find it an enchanting and fascinating place. So, get all of those wrong ideas about India out of your head. Here are some of the best cities in India to fly off to, especially if you’re visiting it for the first time.

The Taj Mahal, India’s most iconic tourist landmark and also one of the country’s most beautiful structures, is a must-visit when in India. This majestic building, whose name means “Crown of the Palaces” in Hindi, is located in the city of Agra. The ivory-white mausoleum, which houses the tomb of emperor Shah Jahan and his favourite wife Mumtaz Mahal, is part of the Seven Wonders of the World. It’s also a UNESCO World Heritage Site, drawing millions of tourists each year. Agra is also home to two other UNESCO World Heritage Sites: Fatehpur Sikri, a town in Uttar Pradesh, and Agra Fort, the main residence of the emperors of the Mughal Dynasty.

Jaipur, the capital of Rajasthan, is also known as “Pink City.” This is because, in 1876, the buildings in the city were painted pink to welcome Queen Victoria. Some of the best destinations in Jaipur include the Palace of Winds or Hawa Mahal. The building features more than 900 small windows called jharokhas, all of which have intricate lattice designs. Other must-visit destinations in Jaipur are the Amber Fort (or Amer Fort), with its prominent Mughal-style architecture, and the Jantar Mantar sundial. Both of these tourist attractions are UNESCO World Heritage Sites.

One stereotype about India is that it’s an extremely hot and dry country. This is true, but it’s also not the entire truth. India also has beautiful lakes, like those you can find in the city of Udaipur. Visit the Lake Palace in the middle of Lake Pichola, or trek through the thick forests and rushing rivers in the Aravalli Range. There are also plenty of temples, forts, and palaces Udaipur, like the City Palace and Monsoon Palace. Moreover, the citizens of Udaipur love wearing colourful traditional clothes. It will definitely feel like you’re walking inside a vibrant photograph.

If you love modern cities, you’ll love Bangalore or the so-called “Silicon Valley of India.” Still, Bangalore is not all about tech, industry, and a pumping nightlife. There are beautiful and carefully maintained green spaces in the city, along with lush forests in the outskirts. You’ll also find a lot a traditional Indian items and foods when you visit the iconic Krishnarajendra Market.

Mumbai, which used to be called Bombay, is India’s biggest city and the country’s centre of finance. The most well-known attraction here is the Gateway of India, a stone arch built in commemoration of the visit of the first British monarch in India. There are also the Elephanta Caves and Chhatrapati Shivaji Maharaj Terminus to visit, both of which are UNESCO World Heritage Sites. Mumbai also has a unique combination of Victorian-style and art deco buildings, which are certainly fascinating whether or not you’re interested in architecture.

Kolkata was founded as a trading centre in 1773 and served as the capital of British-held Indian territories until 1911. Today, the “City of Joy” is India’s cultural capital. It’s full of British-period buildings, beautiful gardens, and historic structures like the Howrah Bridge, Dakshineswar Kali Temple, and Victoria Memorial Museum. Kolkata is also the birthplace and/or home of several scientists, philosophers, artists, directors, poets, and writers, including Nobel laureate Rabindranath Tagore.

India’s capital Delhi is a huge metropolis. Like Bangalore, it’s a tech and industry hub with a wide array of choices when it comes to dining, shopping, and partying. It’s also a great place for sightseeing, with grandiose mosques and temples like the Jama Masjid and the Baha’i Lotus Temple. And along with Kolkata, it’s also a largely creative and cultural community. A fair warning, though. If you’re not used to cramped streets and jam-packed buses and trains, you might find Delhi a little overwhelming. Nonetheless, this city will give you one of the most unique experiences in India.

India is one of those countries that the stories and pictures don’t do justice. You have to visit it for yourself to discover what’s so fascinating about it that millions of people come back each year.