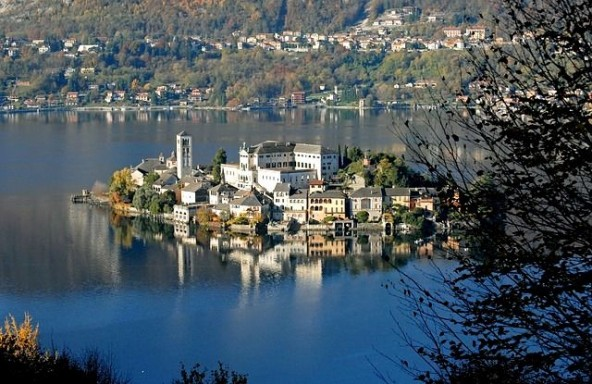 Weekend on Lake Orta: what to do

Lake Orta can be defined with romance as a mirror of water of great beauty located in northern Piedmont. Although little named, it is a corner of Piedmontese paradise with dense woods to frame it and picturesque villages and extraordinary views to complete its image. The fulcrum of the lake is the island of San Giulio, the element that characterizes it more than others, located a stone’s throw from the promontory on which stands its jewel village, Orta. Less chaotic than the nearby Lake Maggiore, Lake Orta is a destination for a more discreet tourism that seeks the poignant elegance and magical atmospheres of a multitude of places full of charm and charm in these parts. Here’s what to do on a weekend, in Orta San Giulio: the hidden beauty.

It is the village of Gozzano that is the first tourist attraction for Lake Orta. In fact, it represents one of the panoramas on the heart of the lake, with the roofs of the historic center of Orta, the waters and the island of San Giulio that almost seems to touch. We advise you to try tasting the typical local products in one of those romantic and small niches of the Gozzano village, which allow you to better enjoy the flavors of this corner of northern Piedmont

ORTA, ITS SACRED MOUNT AND THE ISLAND OF SAN GIULIO

Another popular destination on site is Orta, in the picturesque Piazza Motta, which is often referred to as a lovely lounge that is reflected on the water. To make the square even more beautiful, the palace of the Riviera di San Giulio, also called Broletto. As far back as 1500, the general council composed of the deputies of the Episcopal fief of Novara met here Beautiful and colorful the square overlooked by clubs and shops, as well as the many narrow and winding alleys that rise to the vault of the Sacro Monte. From the square starts the ascent of via Caire Albertoletti, called “Motta”, paved in stones and flanked by interesting historical buildings including Palazzo Gemelli. Do not miss, at the top of the street, the beautiful parish church of Santa Maria Assunta, dating back to 1485, then rebuilt in the eighteenth century.

We also recommend a visit to the Sacro Monte di Orta Nature Reserve which dominates the village from above. Located in the hilly area overlooking the village and which is divided between the wooded and sacred areas. The route of twenty chapels dedicated to episodes from the life of San Francesco d’Assisi, with frescoes and painted sculptures, which culminates in the churchyard of the church of San Nicola di Mira, is immersed in the woods full of beeches, Scots pines, limes, hedges of laurel and boxwood.